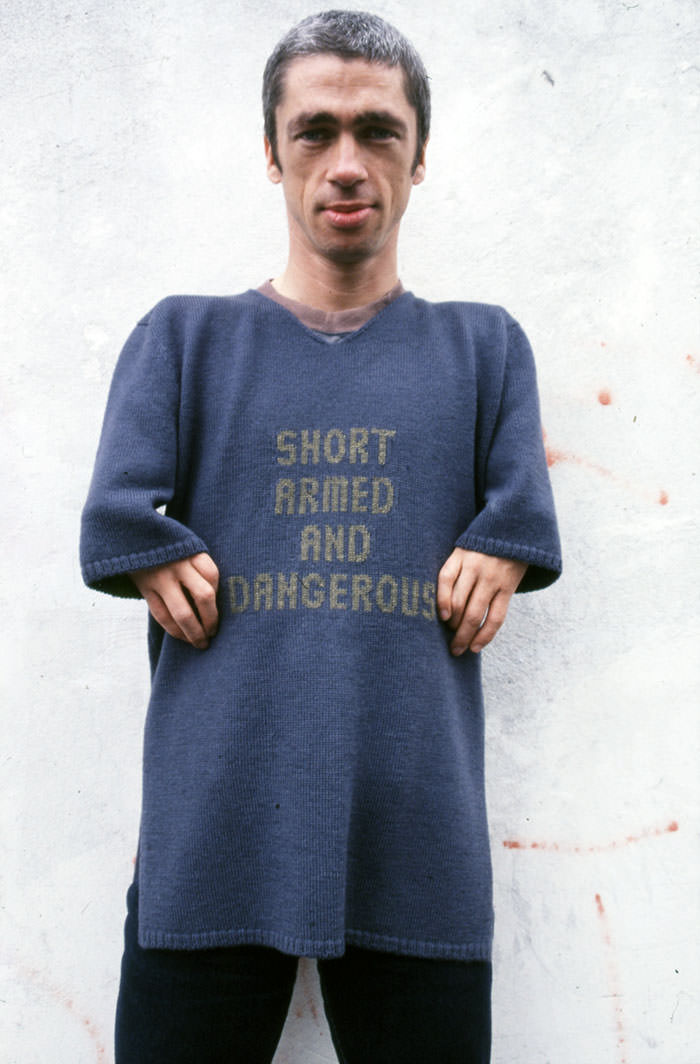 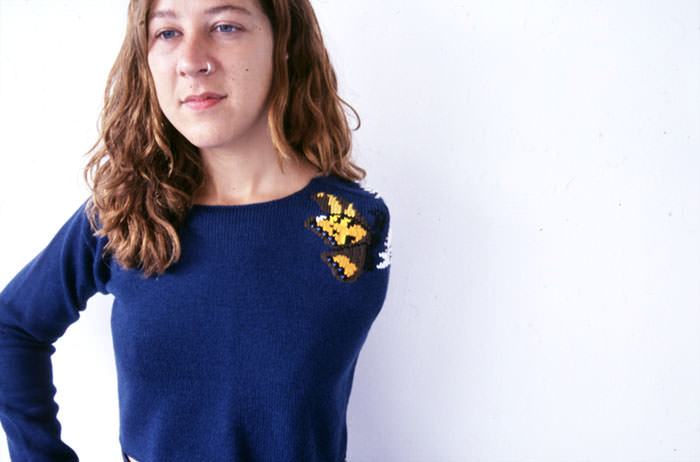 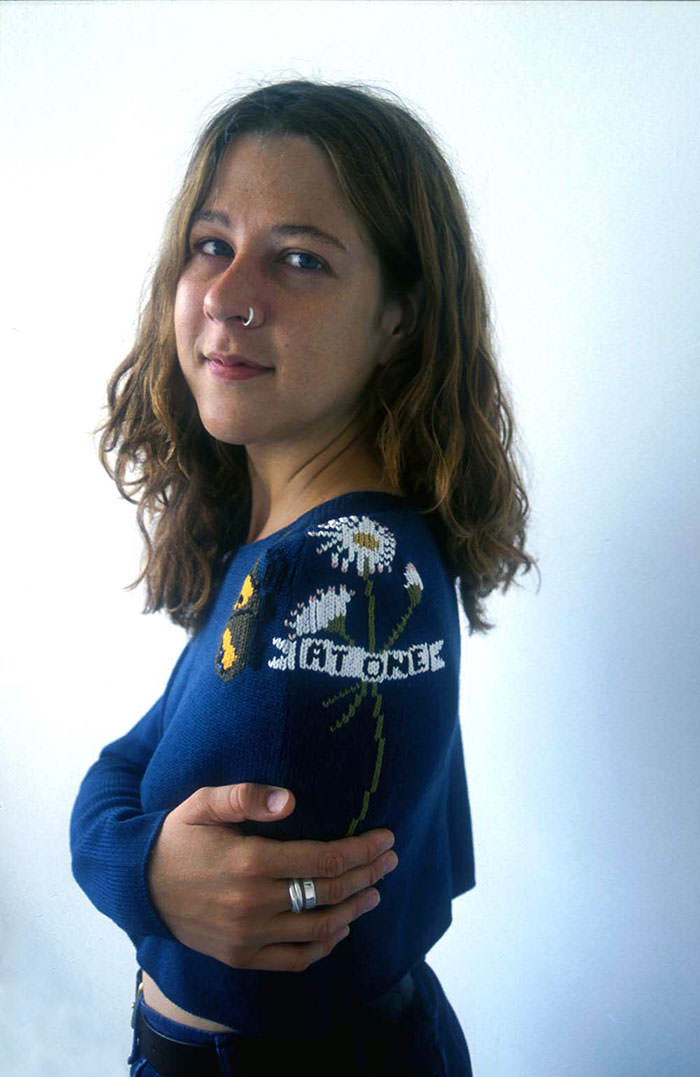 Wordplay formed the basis of these two commissions made for, and in conjunction with, Mat Fraser and Catherine Long. Strong, confrontational wording with an element of humour and the unexpected.

Disability has long been the butt of jokes. I can remember the one about the one legged, one armed man who was getting on the bus and the bus conductor said to him, “Hop on, you look (h)armless”. I wanted to turn these and other “accepted” jokes and sayings upside down. With Mat, who has short arms, we also wanted to challenge the commonly held assumption that disabled people are passive and somehow harmless. I originally had the wording ARMLESS AND DANGEROUS in mind, a play on “Armed and Dangerous”. Mat is far from harmless but, as he corrected me, he is not armless either. He is in fact SHORT ARMED AND DANGEROUS. This exactness of language is very important. It is not about political correctness, it is about thinking, caring and acceptance. Catherine has one arm, she does not only have one arm. The “only” implies some kind of loss or deficiency which is far from the truth. We used the word ONE on both her sweater and glove. Her glove has the word ONE embroidered across the knuckles, where you might otherwise have “love” or “hate” tattooed. When she holds her clenched fist up and flicks out her thumb it has the word UP embroidered on it. She is ONE-UP. The tattoo theme was taken through into her sweater. She has a butterfly and a bunch of daisies, symbols which have significant personal meaning for Catherine,   embroidered onto her shoulder. There is a banner running through the daisies, which reads AT ONE. She is at one with her one arm, why aren’t you?