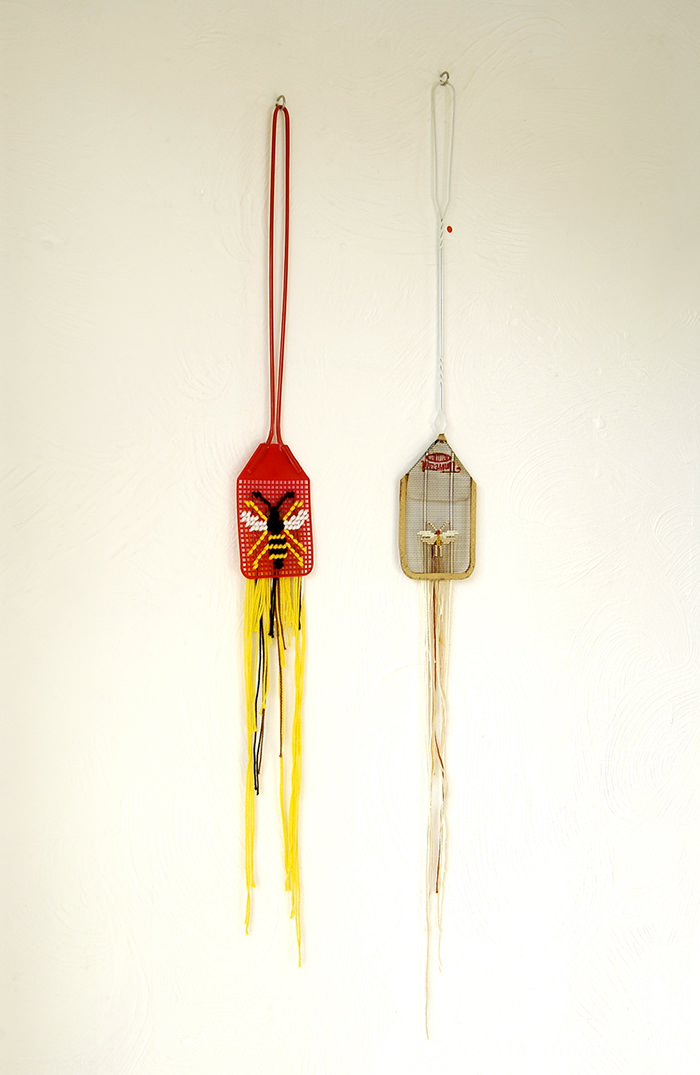 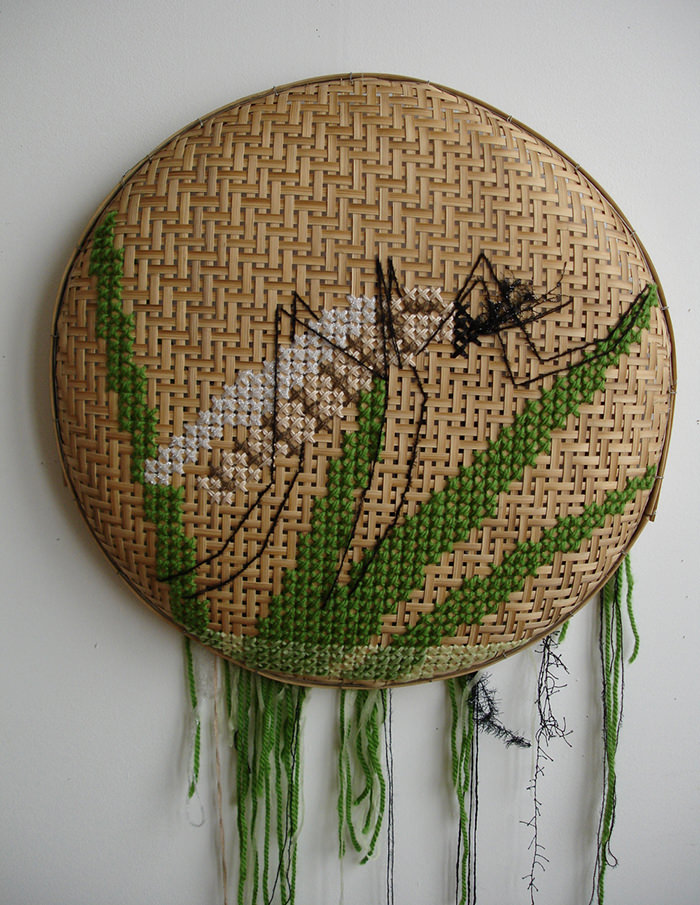 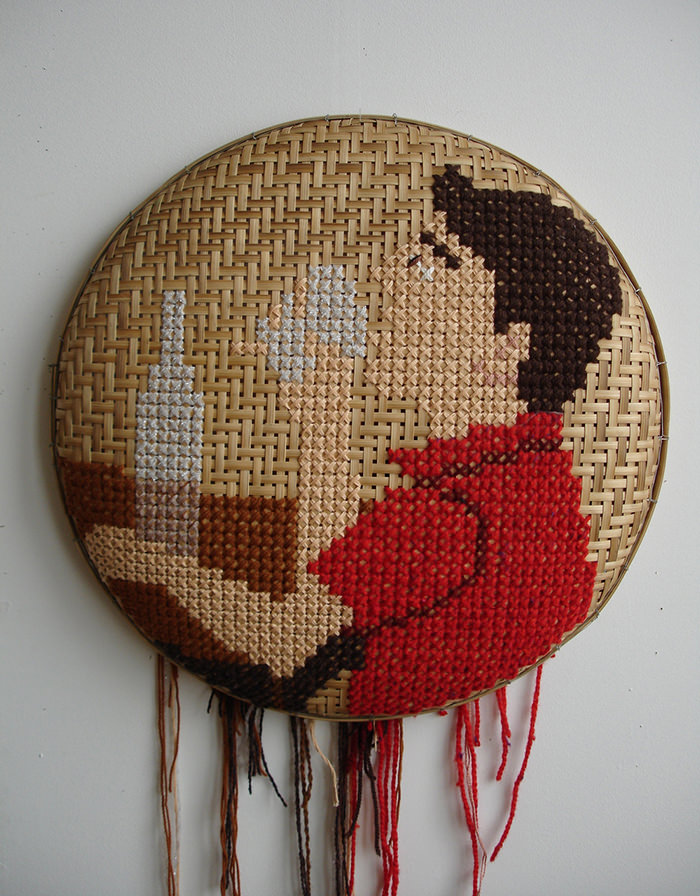 The “Common Enemies” Series (2002 – 2006) began with a moth. This is an “enemy” to those of us who work with wool but also, I discovered, to those of us who work with computers. In 1945 Grace Murray Hopper, who was working on the relay-based Harvard Mark II computer, found the first computer bug, a moth, jamming the relays of her computer.   It was taped in the log-book alongside the official report, “First actual case of bug being found”. When I was on residency in Bangladesh I found other “enemies”. I lived in morbid fear of infected water and malarial mosquitoes. I worked these two pieces onto bamboo sieves that I bought in a local street market.