The Saddest Sight of All 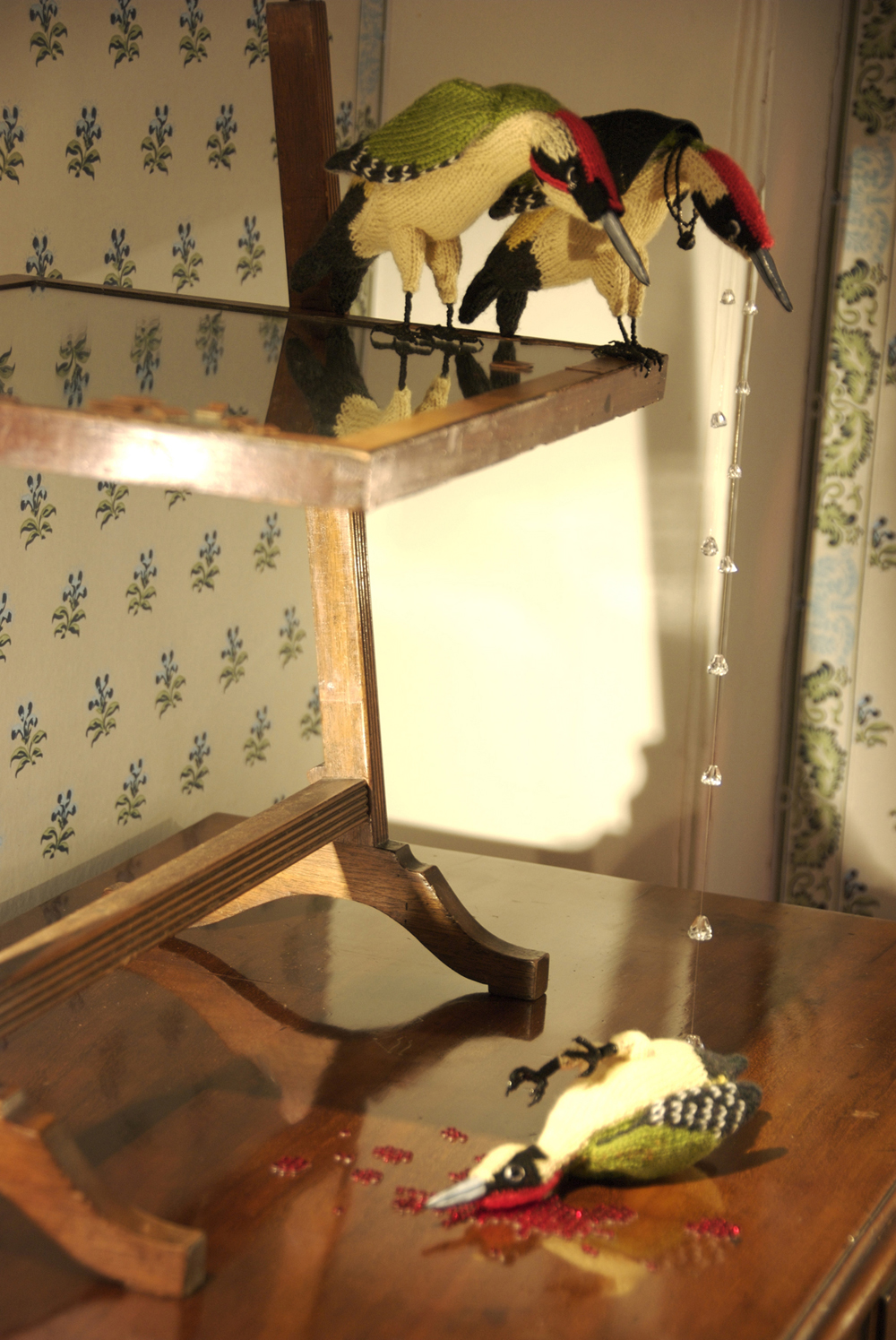 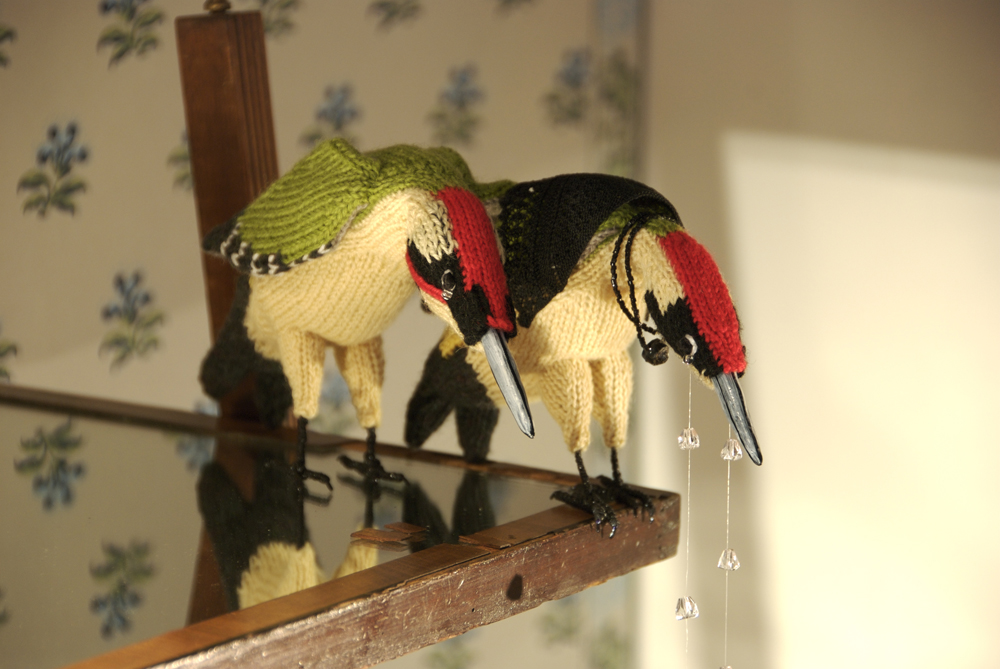 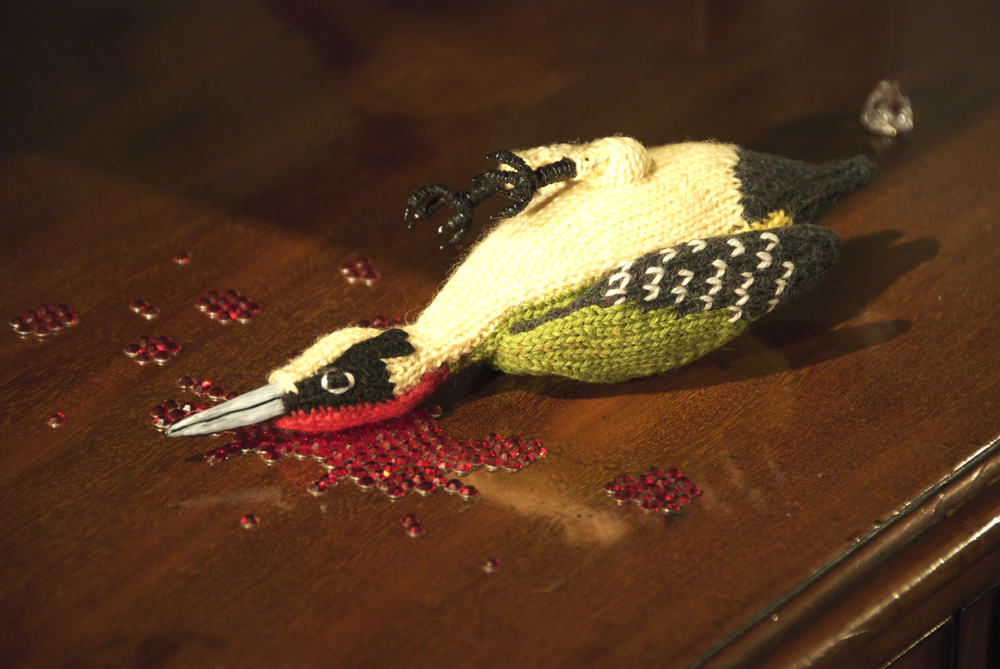 Last year my parents-in-law found a young, female woodpecker lying dead in an empty bedroom. It had pecked at it’s own reflection and at the wood veneer of the dressing table mirror, dying from exhaustion and hunger. Some years earlier a young woman had fallen from the roof terrace of the flat above ours, landing in front of our basement door. She died on impact.

The form of this piece is also a tribute to the Victorian taxidermist Walter Potter (1835 – 1918). Potter produced many taxidermy tableaux including the infamous “Kitten’s Wedding” and “Who Killed Cock Robin?” As a child my parents often took me to his museum, in Brighton, and then Arundel, East Sussex. His museum has had an enormous influence on me. It is one of my most powerful childhood memories. The museum was eventually bought by Jamaica Inn in Cornwall. In 2003 the entire contents of the museum were auctioned. I now own his two-headed lamb from 1887.